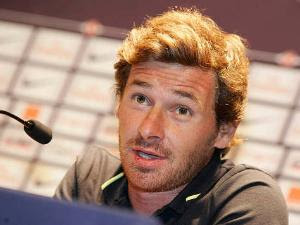 Previously, an array of famous names are mentioned will be substitutes at the Giuseppe Meazza Leonardo. Andre Villas-Boas became a prime target after Sinisa Mihajlovic also reluctant to return to the club who had defended it.

Miha looked disappointed after he and Roberto Mancini has been sacked Moratti. Former assistant Mancini at Inter is following in the footsteps of former coach of Chile and Argentina, Marcelo Bielsa, who first rejected the offer Nerazzurri.

The name of the former Chelsea coach, Carlo Ancelotti and the England coach, Fabio Capello also briefly linked with La Beneamata. But Moratti did not seem interested in bringing Carletto. While Capello has still to finish its work with the England team.

Meanwhile, two other candidates namely former AS Roma coach, Claudio Ranieri and former coach of Genoa, Gian Piero Gasperini only seems to be a story of a succession of seasonings at Inter Milan.

Villas-Boas's name skyrocketed after FC Porto Europa League champion this year. Nicks was also recorded the name of the original coach of Portugal as the youngest coach to win the Europa League trophy.

The title to complete two degrees achieved Portugal Porto in the Champions Cup and Portugal. Remarkably, this is done on the title treble Villas-Boas's first season with the Dragons.
Posted by ROHIB at 4:12 PM