The importance of the victory of Spies for Yamaha Boss 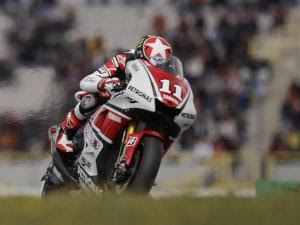 This was said by Lin Jarvis, Managing Director of Yamaha Motor Racing. He said this to reporters as well as representatives from Yamaha Motor Kencana Indonesia.

"When drivers get their victory, he came to know her true abilities. Ben now knows if he's able to beat Stoner and others," said Jarvis.

Spies finished in first position in front of the two Honda riders, Casey Stoner and Andrea Davizioso. This is the first victory in the arena Spies MotoGP. This season, the new Yamaha two wins. One more seized Jorge Lorenzo MotoGP Spain last April 2011.

About the results achieved by Lorenzo, Jarvis judge nothing to cry about. Lorenzo fell on the first lap and had scattered behind the group until it could finally finished sixth.
Posted by ROHIB at 5:05 PM