Special victory for Spies in Assen 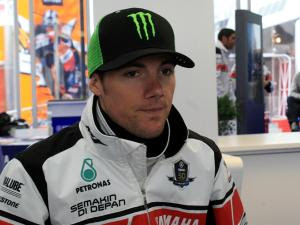 At the Assen track Spies saw heroes since childhood in a race.
Yamaha rider Ben Spies appeared to be champion Iveco MotoGP Dutch TT Assen or, on Saturday, June 25, 2011. This is the first victory for American riders in MotoGP.

"The victory is special.'s Biggest victory during my career. On this track I see the heroes of my race when I was growing up," Spies said after the race.

He added that this is also a special victory for Yamaha which is celebrating 50 years in the arena of gait Yamaha Grand Prix.

"Also with a special bike colors and the champions who come to watch Yamaha, this victory was complete."

Spies wins by defeating the two Honda riders, Stoner and Davizioso, which must be satisfied with second and third positions. While teammate Spies, Jorge Lorenzo, was in sixth position after a fall on the first lap.

With this victory, Spies now has points in common with Dani Pedrosa, 61 points, at No. 7 sementara.l race standings.
Posted by ROHIB at 5:11 PM