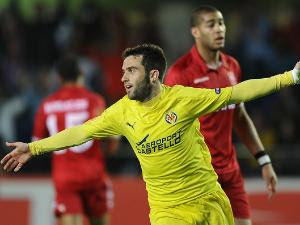 Rossi actually become one of Barcelona's main target in the transfer market. But the striker 24-year agent, Federico Pastorello, confirmed the negotiations with the Blaugrana ended deadlocked.

Previous Pastorello Rossi a chance to preach to the Camp Nou after Barcelona offer 30 million euros. But, Pastorello confirmed it was all over. Moreover Barcelona just one step away to get Alexis Sanchez of Udinese.

"Rossi to Barcelona? Clear over deadlocked negotiations. For Rossi, now we try other luck, but we do not rule out the possibility to survive in Villarreal," Pastorello said as reported by Sky Sport Italia.

Juventus technical director, Giuseppe Marotta, recently confirmed Rossi will match the 4-2-4 game that will be applied to coach Antonio Conte. And Pastorello said it did not rule out returning to Italy.

"Italy? Everything can happen, but we are still waiting. How much for Rossi? It's hard to say, but he's top players," said Pastorello.

In addition to targeted Juventus, Rossi also became interested in Atletico Madrid and Manchester City.
Posted by ROHIB at 9:06 AM