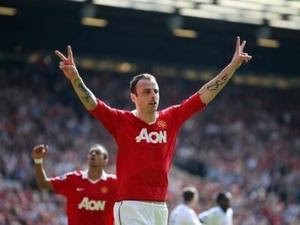 "I will fight for the trophy to the 20 English Premier League with Manchester United."
Dimitar Berbatov Manchester United have not been officially released. However, some clubs are lining up a signature the Bulgarian striker.

Recorded four clubs in three different leagues interested in Berba. Two German clubs, Bayern Munich and Borussia Dortmund Berba did not want to miss the service if it actually removed the MU. Because Berba never felt the rigors of the German league (Bundesliga) with Bayer Leverkusen.

AC Milan are also reportedly interested in Berba. Rossoneri camp ready to perform tests on the striker 30-year status in the Red Devils.

But so far, Berbatov's agent confirmed his client had not planned to move from Old Trafford. "There has been no news of anything because we have not heard an offer from someone," said agent Emil Dantchev told SuperSport.

While Berbatov was claimed to still want to stay at Old Trafford. He will fight to win back his position up front MU.

"I will survive," said Berbatov. "I will fight for the trophy to the 20 English Premier League with Manchester United. If you want to move, I've always been doing. Everything at Manchester United I will start again on 4 July. "
Posted by ROHIB at 8:58 AM