The Final Results of Miss Panama 2011 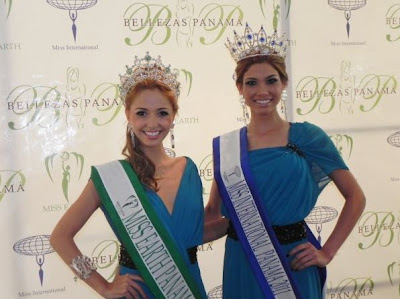 Keity Mendieta (20), a student and model from Panama City, was crowned Miss International Panama 2011 during a press conference held at the Hotel Panama on June 20th. Keity was crowned by the outgoing titleholder Michelle Ostler, and will represent Panama during the Miss International 2011 beauty pageant to be held in Chengdu, China, in October. 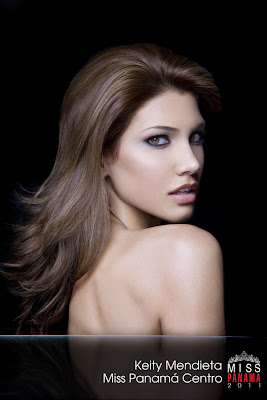 Keity Mendieta, Miss International Panama 2011
Crowned as Miss Panama Earth 2011 was Marelissa Him (22), who works as TV presenter. She was crowned by the 2008 titleholder, Shassia Ubillus. Marelissa will now travel to Pattaya, Thailand, to compete for the Miss Earth 2011.

Special thanks and credits to Global Beauties
Posted by ROHIB at 7:42 AM