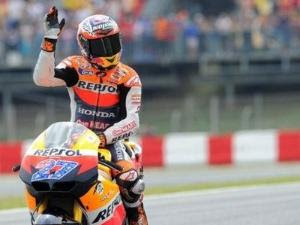 Stoner is still topped the standings with 116 points was sure to win his fifth victory this season. Australian rider was also optimistic on the RC212V motor performance in Assen.

"I believe the RC212V will work well because it has performed satisfactorily in all the circuits this season. We will work hard on the bike and compete to win again," Stoner said as quoted by The Star, Friday, June 24, 2011.

While Lorenzo is also targeting the same thing as a 'gift' birthday Yamaha to 50. In addition, Assen is a circuit favorite. "This year was special because we came here (Assen) celebrates 50th anniversary," said Lorenzo.

Email ThisBlogThis!Share to TwitterShare to FacebookShare to Pinterest
Labels: Stoner and Lorenzo