Hope Anderson was crowned Miss Louisiana 2011 on June 25 at the 48th annual Miss Louisiana pageant at the W.L. “Jack” Howard Theatre in Monroe. She will represent Louisiana in Miss America 2012 Pageant. 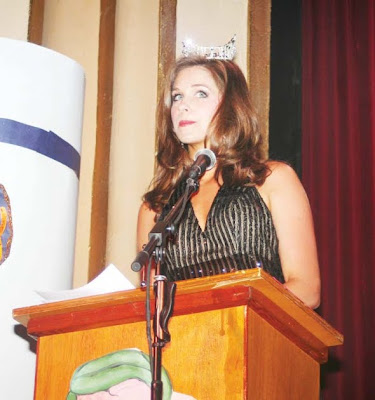 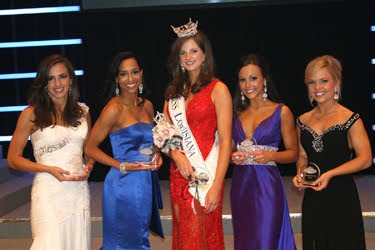 Top 5 of Miss Louisiana 2011
Anderson, a Monroe resident, is a December graduate of ULM. Anderson was also awarded Preliminary Fitness and Evening Gown awards during this year’s pageant, as well as the Academic Award.

The top 5 finalists include:

Miss Congeniality was awarded to Mallory Cox of Ruston.


Special thanks and credits to Miss Louisiana Organization & http://beautypageantnews.com
Posted by ROHIB at 8:26 AM