The 2011 Wimbledon is the 3rd Grand Slam of the year and the best of the tennis world is again fighting to be crowned the champion. Here are my picks on who I think will make it far at the All England Club. 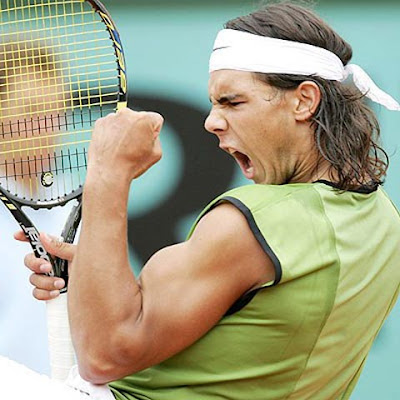 Again, I fancy the chances of Rafael Nadal. After a morale boosting win at the French Open against arch rival Roger Federer, he is again full o0f confidence as he tries to defend his Wimbledon title. Nadal could face stern test along the way beginning with a possible 3nd round with Gilles Muller who has defeated him once here at the All England Club. 4th round might be tricky as well as he might face comebacking Juan Martin Del Potro of Argentina. Lurking further ahead would be Mardy Fish or Tomas Berdych. But if anyone could not solve the Nadal puzzle early on, then Rafa is off to the semis. 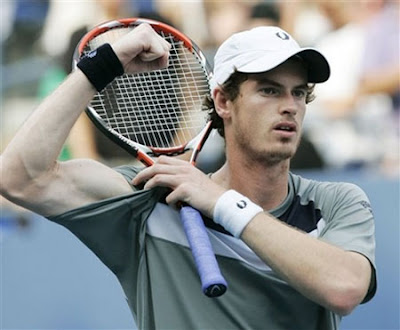 As much as I like Andy Roddick, his last tussle with Andy Murray somehow shifts me from siding with the Scot. Murray surely has the game for grass and would be one of the highly touted ones to do good in this quarter of the draw. Aside from Roddick, I'm not seeing anyone really stepping up in this bracket and try challenge Murray. 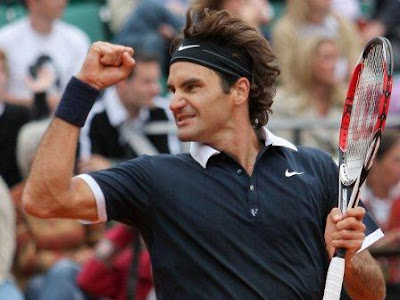 The 3rd quarter is I think the easiest bracket. That means well for Roger Federer who is my bet to go all the way to the semis. While Nadal is stucked in a group of stingers and quarter 2 seems to be a battle of the Andys, this bracket does not pose any serious problem to Roger. His main opponents in this group are mostly claycourters like Almagro, Ferrer and the injury-plagued Nalbandian. 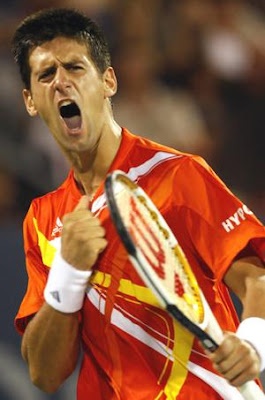 Nole just had his streak halted by Federer at French Open and I think he is roaring to get back and win big. A victory here in what was once Federer territory would mean a lot to him. This quarter has some of the best tennis spoilers like Marcos Baghdatis who is Nole's likely 3rd round opponent, veteran Xavier Malisse and the youngster Bernard Tomic. If neither one of them steps up then Nole is a shoo-in for the semis.
Posted by ROHIB at 5:32 AM

Email ThisBlogThis!Share to TwitterShare to FacebookShare to Pinterest
Labels: SPORTS