Platini: I Love Mourinho Very Much 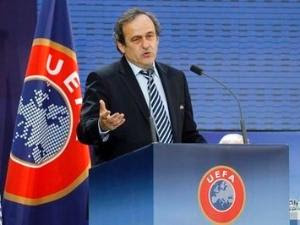 Platini's statement came out after UEFA punished with the punishment Mourinho three games following a defeat of Real Madrid from Barcelona in the semifinal first leg Champions League last season.

Although the organizations they lead have been sentenced to Mourinho, but Platini has strongly denied the rumors saying he had a special grudge with the Portuguese coach.

"I have a special affection for him. I love Mourinho," said Platini told La Marca, Thursday, June 30, 2011.

"I love that man. Personally and as a coach. But it will not eliminate the fact that UEFA's disciplinary body will deal with him," continued the Frenchman's living legend.

But Platini is also not denied that he deeply regrets the attitude of Mourinho, who often create controversy. "He said something stupid. That's why the disciplinary committee to act and decide to sanction him."

Earlier, Spanish media writing if the punishment meted out to Mourinho is due to the intervention of Platini. Even Uefa also fined 50 million euros for Mourinho.

"I know that you read the newspapers wrote that Platini intervened. That's not true. My father slapped me when I was naughty as a child and it's done because she loves me," lid Platini.