The Miss Estonia 2011 contest was held in Virtsu on June 25th, with a special exposition at the local museum featuring photographs of part winners. Four contestants competed in the contest, and the winner was 20-year old Madli Vilsar, a university student from Saaremaa, who stands 1.80 m in height. She was crowned by Miss Estonia 2009, Diana Arno. 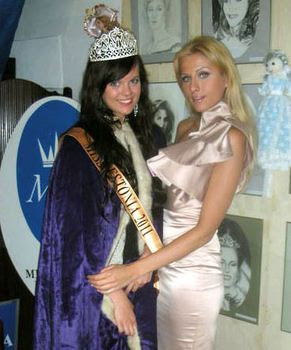 
Special thanks and credits to Global Beauties
Posted by ROHIB at 6:41 AM