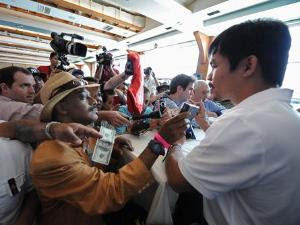 After three weeks of preparations in the Philippines, Pacquiao began his first training in Los Angeles ahead of the opponent Margarito, Wednesday, October 27, 2010 local time.