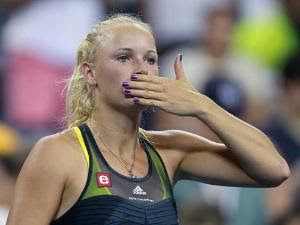 Caroline Wozniacki predicate eventually securing the world's number 1 female tennis player until the end of 2010 after beating Francesca Schiavone in the WTA Championship in 2010 continued on Friday morning pm, October 29, 2010.

Wozniacki became the youngest player since Martina Hingis in 1997 that could become world number 1 tennis player. However, 20 years old tennis player had to work hard to beat Schiavone to make sure the number 1 world title until the end of 2010.
Posted by ROHIB at 12:07 AM