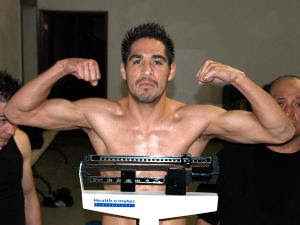 Antonio Margarito claimed to have had a specific strategy to reduce the speed of Manny Pacquiao when the two met in the seizure of his WBC Super Welter, 13 November 2010.

Margarito will face world champion in seven different classes in Cowboys Stadium, Texas, United States. And the Mexican boxer was admitted preparations ahead of the fight almost 100%.