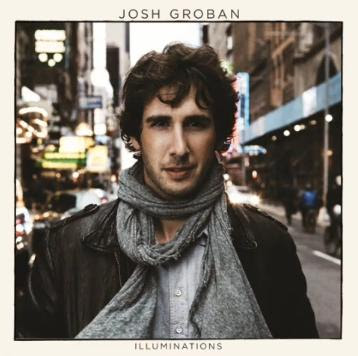 Finally after a long while, one of my favorite singer Josh Groban will release a brand new album and it's coming really soon. Entitled "Illuminations", this album is set for release on November 15, 2010. The long wait is finally over. I am excited with this new album as I have enjoyed all Josh albums from "Josh Groban", "Closer", "Noel" and "Awake".

The official video for its carrier single "Hidden Away" will premiere on November 3, 2010. While we are waiting for that, let us hear his voice on an audio clip of that song. Other nice songs to watch for are "Higher Window" and "Voce Existe Em Mim".