Rafael Nadal was chosen as the Best Athlete 2010 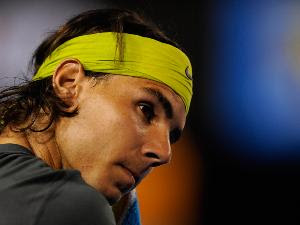 World number one Rafael Nadal was chosen as the Best Athlete of 2010. The Spanish man was collecting the most points than 515 sports journalists around the world.
Nadal beat Lionel Messi, Andres Iniesta and Sebastian Vettel. However, overall in the list of 10 Best Athlete, football athletes dominate. In addition to the name of Messi and Iniesta, there is also the name of Diego Forlan in rank 6 and David Villa is ranked 10.
Posted by ROHIB at 3:31 AM