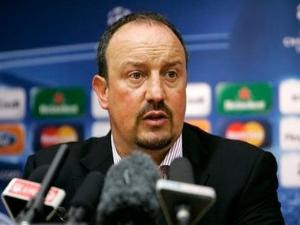 Rafael Benitez's career at Inter Milan for the rest apparently just corn. Less than half of the season, Benitez had to leave from the Giuseppe Meazza.
As announced in the club's official website Inter, Thursday, December 23, 2010, the Spanish coach has reached an agreement with management Nerazurri to 'divorce'.
Posted by ROHIB at 6:33 AM