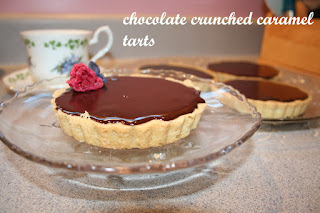 Carla of Chocolate Moosey chose Chocolate-Crunched Caramel Tart for this Tuesday with Dorie group baking event and what a great selection! Caramel made from scratch, mixed with honey toasted peanuts (coarsely chopped) and topped with a dark and shiny ganache...the kind of dessert to show off to anyone who will pay attention and who wouldn't? I made my tarts into miniatures just because. Alright, I have several reasons. I have these adorable little tart pans with removable bottoms "and" small tarts are easier to transport and share at work. The adorable-ness (is this a word?) factor brought in high points!

Baking with the TWD group has helped my self-confidence in the kitchen beyond words. There are times I see an aspect of a recipe and my first reaction will be to shy away because I know the recipe will go beyond my comfort zone in the kitchen. Making real caramel is one of the challenges I have backed away from in the past. Following Dorie's directions for advanced preparation really made the caramel process approachable and once I read the recipe about 150 times, I was ready to jump in. 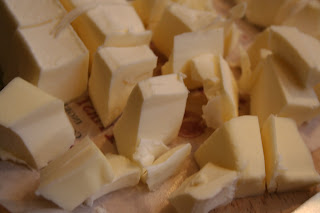 The butter was frozen ahead of time and ready to be chopped. 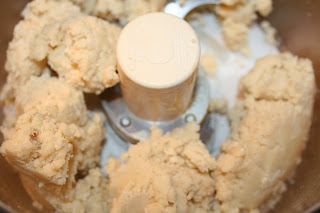 I made Dorie's Almond Sweet Tart Dough on page 444 of Dorie Greenspan's Baking book, pressed the dough into the tartlet pans, froze the dough for about 1 hour, then baked the shells. 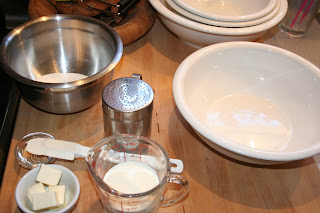 All ingredient for the caramel were assembled, including a heatproof bowl. I was surprised at still being a little nervous. Other fellow baker's low points when making caramel have stuck with me so I was really hoping for success. 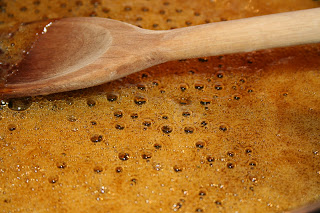 Stage 1 of making the caramel was melting the sugar and getting a little golden color. 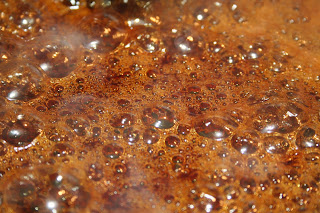 Stage 2 was adding the corn syrup and boiling the syrup until the color reached a deep caramel hue. 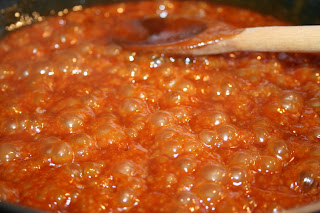 Stage 3, and last part to the caramel process, was adding the butter and salt (I used unsalted butter), lowering the temperature and allowing to boil for 2 minutes. The caramel is poured into the heatproof bowl, my heart is no longer racing and guess what? We made caramel! The fear factor was so much worse. I know it is silly to be worried over such things but we are dealing with molten lava here! 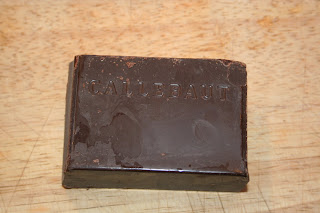 Semi-sweet Callebaut chocolate was chopped, put into a bowl with hot, heavy cream poured over the pieces, and chunks of butter swirled in leaving a shiny and smooth finish. The wooden spoon was taste tested after completing this process. 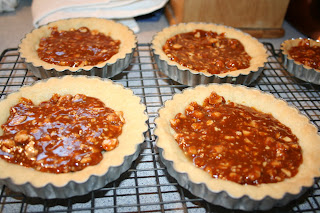 Chopped honey roasted peanuts were added to the caramel and the assembly of the tarts is almost over. The final step was pouring the delicious ganache to the tart's crust edge and Ta Daaa....we all now have Dorie Greenspan's Chocolate-Crunched Caramel Tarts! 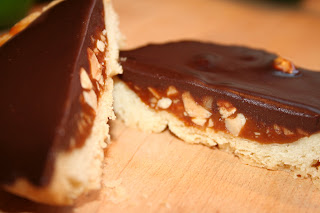 To get the recipe now, goto Carla of Chocolate Moosey's blog or buy Dorie Greenspan's Baking From My Home to Yours cookbook. To see how all the rest of the TWD bakers did, check out the TWD baker blogroll. 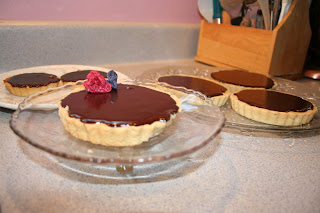 A chocolate fix must have been in order because I also baked Super Chocolate Caramel Bars. These Kraft caramels have been sitting in the kitchen, taunting me to do something with them for over a month. Well, I did something with them! A friend from Group Recipes posted this and stated that she found the recipe on cdkitchen.com. Delicious and gooey. 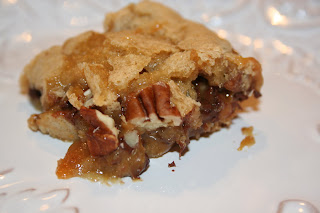 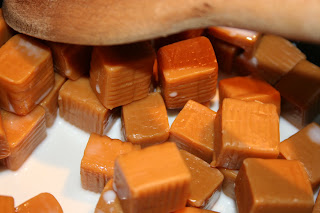 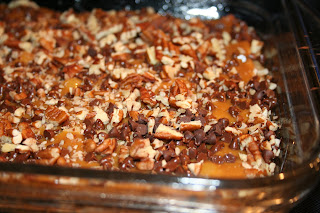 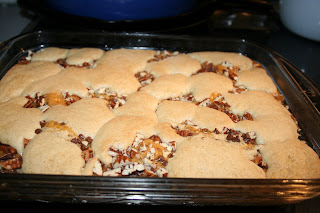 Cool, refrigerate for about 1 hour, then cut into squares.
Posted by ROHIB at 5:00 AM