A Gypsy-Fun Evening and Day

I am going to confess right up front that I set the cable box to record the HSN Gypsy debut as well as set a reminder so that I would be parked in front of the TV at the appointed hour. I am also going to confess to being up FAR too late last night/this morning.
Provo Craft was celebrating their tenth birthday with the debut sales of the Gyspy handheld design device. They put together a special bundle of products for the release and, not surprising, sold out shortly after noon today. But they had a fabulous twelve hours! And yes, I made my purchase early, early this morning!!!
(COVER): 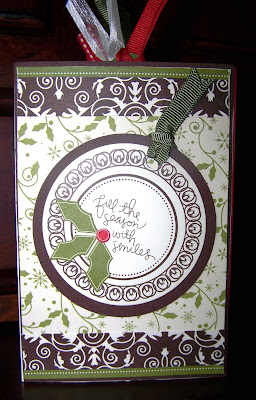 I am so excited to receive my gypsy... I said that I would set up an outpost in the front yard to stalk the UPS truck, but I fear the neighbors would talk.... and worry!!! And too, I have far too much to do with planning dh's birthday party (10 days away) .
I suspect that dh's party will not be as festive as Provo Craft's party. PC gave away a Gypsy, an Expression, and cartridges on Twitter last night. Yes, I signed up for Twitter to be part of the party!!! Dh's party will be more like SC BBQ, friends, gifts..... Poor dh! 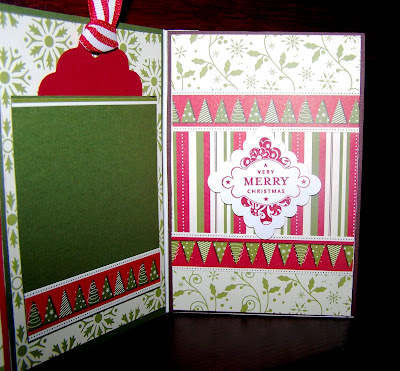 Have you looked at the Gypsy Wandering & Gypsy Font cartridges? I opened Design Studio and previewed the cartridges... that got me even more excited. I like so many of the images on the cartridges...
You do know that there will be more in the gypsy in the future.... much more.... but for now I will close with an explanation of the project photos in this post. This is a card idea I am working on for the Grandmothers. Each family member will have a panel in this accordion card. Each family member will have to write a note on the pull out tag. 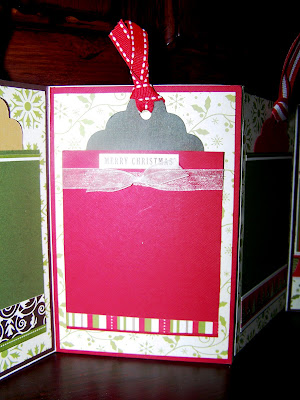 I think the Grandmoms will like this a lot as it will be personalized for each of them.
Happy Cricutting....
Posted by ROHIB at 4:17 PM