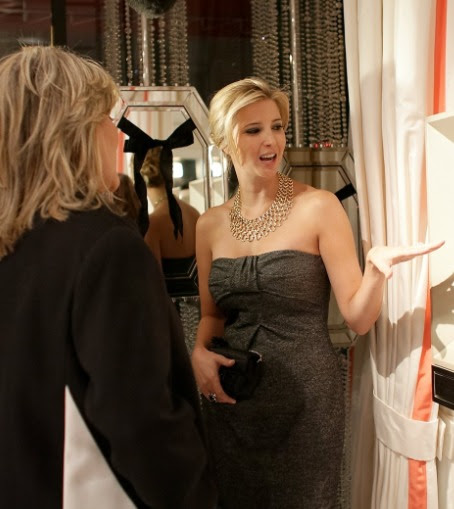 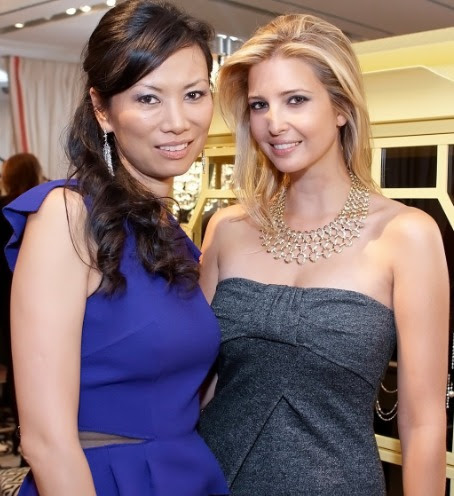 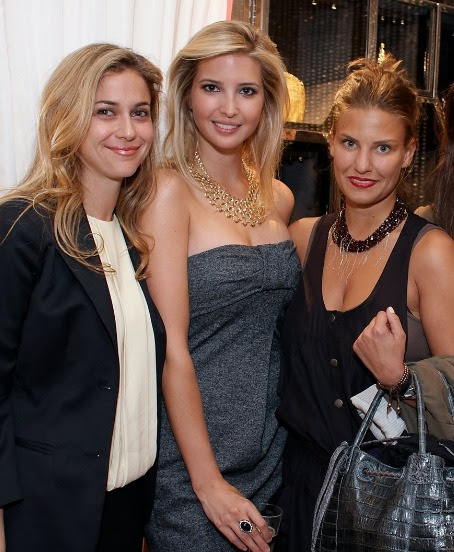 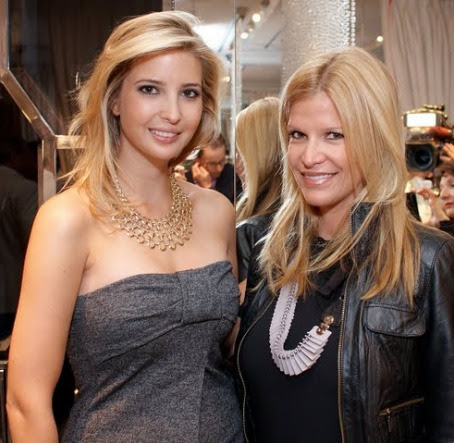 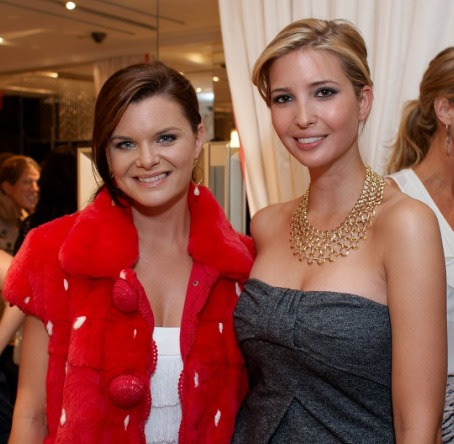 Fine jewelry entrepreneur Ivanka Trump hosted a cupcakes and champagne reception for Fashion’s Night Out at her 685 Madison Avenue landmark boutique. In celebration of the Ivanka Trump Collection’s “golden year” initiative, the flaxen-haired beauty launched her yellow gold line that night. Friends Wendi Murdoch, Lesley Schulhof, and Bara Tisch came out to the Upper East Side to toast her.

On October 13, Ivanka’s inspirational business memoir, The Trump Card: Playing to Win in Work and Life, will be available for purchase. It is available for pre-order now. The Wharton-educated daughter of iconic New York real estate developer Donald Trump describes her competitive family life in the text’s introduction as such: “…in the Trump household, it was never just about meeting the expectations of others. It was about exceeding them. It was about surprising people. And being the best. Anything less was second-rate.”

Being a Trump as well as a fashion model have sometimes given nascent onlookers the wrong impression of the hard-working businesswoman, who is employed by the Trump Organization as vice president of development and acquisitions. She says, “If I got upset every time someone suggested that I was coasting on my last name, my looks, or the silver spoon that might or might not have been lodged in my mouth at birth, I’d be a basket case.” Instead, she’s learned to “acknowledge the elephant in the room” and drink from the “wellspring of individual talents” in her family in order to “play to win.”

Over the years, Ivanka has been exposed to “some of the most creative, freethinking minds in business.” It is these people that have made all the difference for her career. She says that “in the end, it’s what we can glean from our mentors, role models, and fleeting acquaintances that sets us apart.” The book features advice from some of these individuals, which include Cathie Black, Tory Burch, and Arianna Huffington.

“Despite my title, my pedigree, and my responsibilities, I’m just like any other young woman in the workplace,” she asserts. Recently out of university, she “struggles to find the right balance between work and play” and is in the process of “finding her style.” Still yet, Ivanka hopes that the lessons she’s gleaned from her experiences, which include developing over seventy real estate projects across the world, will be like those of an older sister’s or “a friend from home who was a year ahead of us in school.” Well on the way to her personal apogee, she hopes that this first tome of hers will be a resource for the scores of young women that are just now beginning to have their voices heard in the boardroom.

Ivanka will marry Observer Media Group chairman Jared Kushner on October 25. The Orthodox Jewish ceremony will take place at the family-owned Trump National Golf Club in Bedminster, near Jared’s hometown of Livingston, New Jersey. The pair began their relationship three years ago and announced their engagement in July.