The election of Miss Brazil Universe is scheduled to be held on July 16th, according to the pageant’s official website. The winner of this contest will go on to represent the country and be the host delegate during the Miss Universe 2011 pageant to be held in Sao Paulo, September 12th.http://www.blogger.com/img/blank.gif

Rede Bandeirantes is responsible of bringing the Miss Universe contest to Brazil, for the first time in the pageant’s 60-year history. 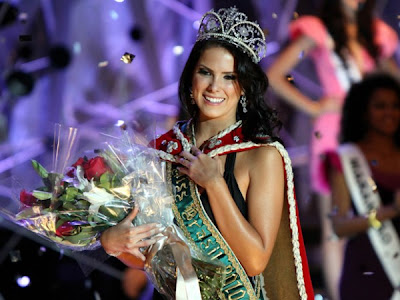 Special thanks and credits to GlobalBeasuties
Posted by ROHIB at 5:11 AM