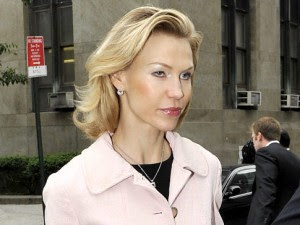 Malova, 39, was caught stealing a pair of sandals worth $135 and a hat worth $10 at a Strawberry store in New York, RIA Novosti reported citing the New York Post.

Malova was arrested and charged with criminal possession of stolen property. She is due to attend a court hearing May 24. The former beauty queen was previously arrested in February 2010 on charges of illegal drugs possession, forgery and impersonating a physician.

Malova was a Top 10 finalist in the Miss Universe 1998 pageant held in Hawaii.


Special thanks and credits to GlobalBeauties
Posted by ROHIB at 6:02 PM