Robert LaSardo is an American actor who has appeared in several movies and television shows, including Nip/Tuck and General Hospital. 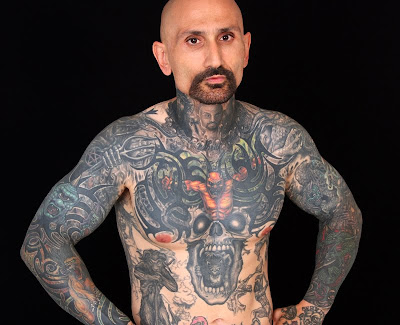 Robert LaSardo is almost completely covered in tattoos, most of which are of the satanic variety, including several designs on his chest, such as skulls, demons, devil, pentagram, and other dark creatures. 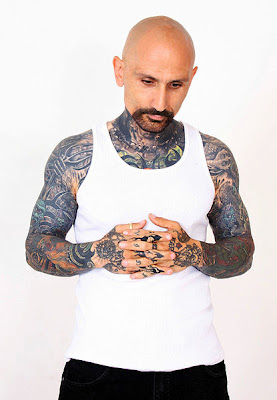 The actor has two finished sleeve tattoos, both containg a signifigent amount of tribal artwork, along with a dragon, lion, cyclops, cross, and other fantasy inspired ink. 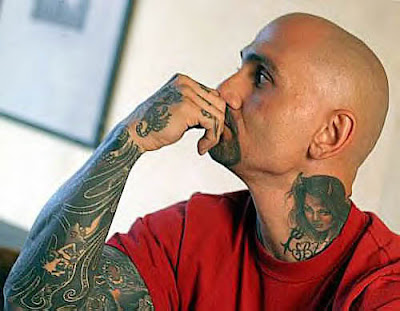 On his neck is Jesus Christ on one side and a devil woman on the other side, along with a portrait on himself in the middle. The actor also has tattoos on both his hands and across the knuckles.
Posted by ROHIB at 9:43 PM