Jessica Lange is a sensationally talented American stage and film actress, featured in such movies as Tootsie, Blue Sky and King Kong. Jessica Lange has a Celtic knot tattoo on the outer portion of her left wrist, which was influenced by her daughter while in Paris. She has been quoted as saying...

"She conned me into doing it. She said, 'Mom, let's go and get a tattoo together that will connect us forever,' but I think it was just a way for her to get a tattoo, but I bought into it. She was underage." 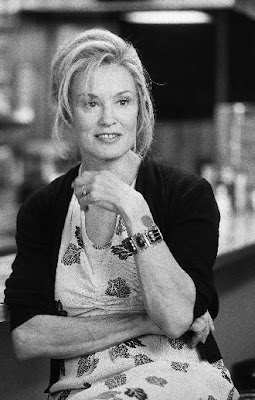 Jessica Lange has also said she has a crescent moon tattoo located on her hip, which she also received in Paris France, at the age of nineteen.
Posted by ROHIB at 9:39 PM