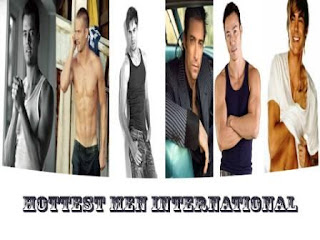 How do you measure one's hotness? Is it on his looks? A gorgeous body perhaps? A killer smile or maybe an oozing self-confidence? 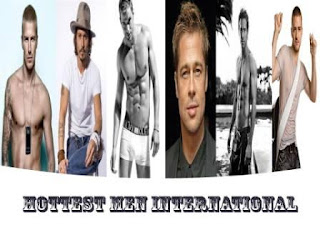 We celebrate hotness by choosing and ranking who in the world are the best. Presenting the Hottest Men International. Is David Beckham your ultimate hottie or maybe athletes like Rafael Nadal, Cristiano Ronaldo or Kobe Bryant? How about on TV? Who puts you in awe everytime you see them? Matthew Fox, Allan Wu, Mario Lopez or Zac Efron? Do movie actors win you over? Old reliables like Brad Pitt, George Clooney, Tom Cruise and Jude Law would still ring a bell. Or maybe you're fond of the fresh bunch of stars like Robert Pattinson or Taylor Lautner. And maybe some people in between - Paul Walker, Ryan Reynolds, Channing Tatum, Chris Evans to name a few. Or maybe it's models that you dig. You can choose from Tyson Beckford, Kellan Lutz and Joshua Kloss. And you can never discount the performers - Justin Timberlake, Usher, Chris Brown. And the list just won't stop. 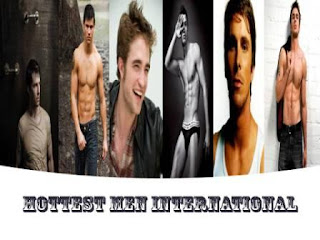 It's in your hands on who will be ultimately chosen as the hottest. Make your votes count.
There are several ways of voting:
1. Vote for the Top 5 Men by posting comment in this post.
2. Vote by going to my Facebook Page "Confessions Of An Eccentric Mind" and write to the wall or photo page signifying your choices.
3. Vote by giving me personal messages in Facebook (Bluecloud Serrano)

Winners will be announced on December 1, 2010. Random voters will get to grab some tokens from me as a form of my appreciation.
Posted by ROHIB at 8:09 PM

Email ThisBlogThis!Share to TwitterShare to FacebookShare to Pinterest
Labels: POLL