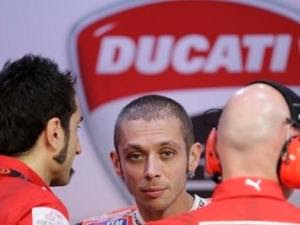 1987 world champion Wayne Gardner stated that as world champion Valentino Rossi in 2009 have made a big mistake. Rossi, says Gardner, gambling with his decision to ride a desk for long operation to overcome a shoulder injury.

Last year, Rossi was hit by accident while training motocross. Although considered a mild injury, the injury suffered a long time to recovery. The Doctor-nickname-Rossi then gamble by delaying shoulder surgery because it would have made ​​him miss the last series of the 2010 season at Valencia, Spain.
Posted by ROHIB at 12:58 AM