After playing a cop in the super-h\t 'Kaakha Kaakha', Suriya dons the uniform again for Hari's 'Singam'. 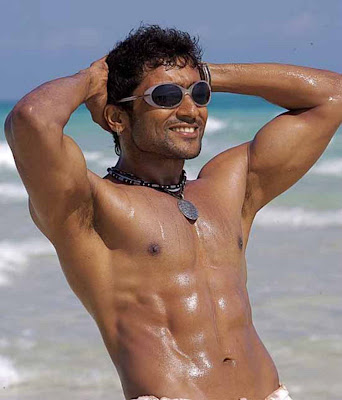 This is his silver jubilee film. It would be a commercial cocktail, meant for family viewing as per the sexy actor. The movie is about a kind-hearted khaki man who loves his culture, tradition and people around him. But a series of events forces him to take a violent path."
'Singam' will be released on May 28.
Suriya's last two releases, 'Ayan' and 'Aadhavan', have cemented his position as the "King of the Kollywood B.O".
He is now all set to make his debut in Bollywood with Ram Gopal Varma's 'Rakhta Charitra?'.
Posted by ROHIB at 11:24 AM