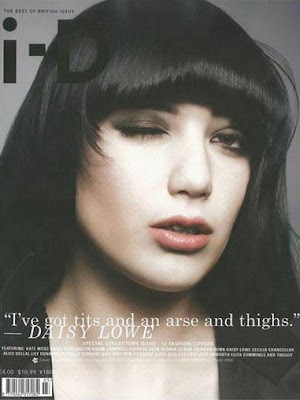 Daisy Lowe has already been named “the new style icon of her generation” by Vivienne Westwood, who says of her "She's beautiful, sexy and one of those girls who doesn’t have to try to be anything except herself." She has recently been photographed for British Vogue, W magazine, Dazed & Confused and i-D and worked with photographers including Juergen Teller, Terry Richardson, Mario Testino and Steven Meisel. She has graced the cover of i-D (by Terry Richardson) and the catwalk for Burberry, Vivienne Westwood, Gareth Pugh and Chanel. Her much heralded campaign for Agent Provocateur placed her firmly at the top of the league of most aspirational bodies in the world. She has worked for worldwide brands as diverse as Dr. Martens and Marc Jacobs. BBC made a show about her and her group of inspirational friends. Daisy’s SS09 campaigns include: Pringle of Scotland by Steven Meisel, Marc by Marc Jacobs by Juergen Teller, and DKNY Jeans by Scott Schuman. She has recently appeared in Italian Vogue and W magazine shot by Steven Meisel and the cover of i-D magazines ‘Most Iconic British Models’ issue shot by Solve Sundsbo. 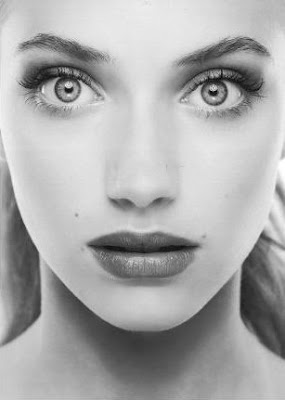 19 Year old Imogen Poots was born and raised in Chiswick, London , growing up alongside her elder brother, mother and father. She attended Latimer school where she majored in History of Art.
At age 14 she joined the 'Youngblood Theatre Company' in Hammersmith, where the director, Andrew Bradford saw Imogen's huge talent, and helped her to a part in her first movie, 'V for Vendetta', which was to be the turning point in her life. Natalie Portman inspired her by combining studying with acting, consequently age 17 she was picked for the starring role in '28 Weeks Later', playing Robert Carlisle's daughter, Tammy. The movie has achieved cult status, shown by the fan websites, many dedicated to Imogen's character.
Imogen then debuted on BBC television as the lead character 'Fanny' in the epic costume drama, 'Miss Austen Regrets'. In 2009 Imogen has three movies being released. The first, 'Cracks' starring Imogen and Eva Green, was filmed in Ireland and is resonant of 'the Prime of Miss Jean Brodie'. An independent film entitled, 'Orson Wells and Me' received rave reviews at the Toronto Film Festival, and her biggest movie to date, 'Solitary Man' is released later this year. She plays Michael Douglas's best friends daughter, with whom he has an affair. Imogen feels the movie has echoes of 'Lost in Translation' as it centres on her very poignant relationship with Michael Douglas's character.
Imogen was scouted and signed by 'Select Models' when she was 15. Knowing nothing of her acting, they were drawn to her exquisitely beautiful face. She has worked with US teen Vogue and 10 Magazine. Imogen's main love outside acting, is art, her favorite artist being Jenny Saville, who, interestingly, chooses the phenomenon of obesity as her theme.
Imogen has been sited by numerous newspapers and magazines, including The Telegraph and Harpers Bazaar, as having a formidable acting talent, along with extreme beauty, and therefore very much, 'the one to watch for 2009'.

ALICE DELLAL (Next Paris, Next Milan) 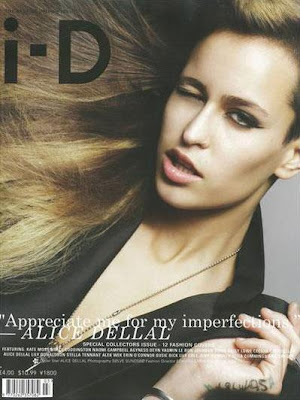 Alice Dellal is fast becoming Britain’s most edgy and interesting model. Alice has modeled for Burberry, Vogue, Dazed and Confused Magazine, Agent Provocateur, appeared on Vivienne Westwood’s A/W 09 catwalk and has just shot the cover of i-D magazine for the ‘Most Iconic British Models’ issue, shot by Solve Sundsbo. Just to add to Alice’s glamorous credentials, fashion designer of the moment, and winner of the US Vogue fashion fund award, Alexander Wang has chosen her as his muse. 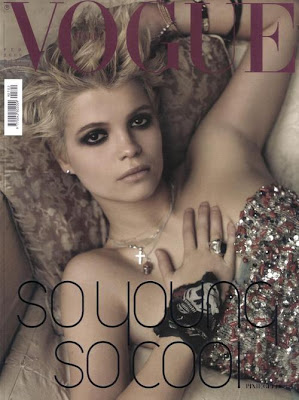 London’s Pixie Geldof, at only 18 years old has already achieved a string of modelling accomplishments bewitching clients with her British charm and inimitable style. Still studying, Pixie balances A-levels and a part-time modelling career working with the likes of Katy England and Alistair McClennan for Arena Homme Plus, Matt Irwin and Nicola Formicetti for Dazed and Confused magazine and Self Service magazine. Pixie has appeared on the cover of Italian Vogue and did the Pringle campaign shot by Steven Meisel and has shot for Love magazine with Nigel Sharfran. Pixie has recently shot for British Vogue and is the face of Giles Deacon’s new collection. 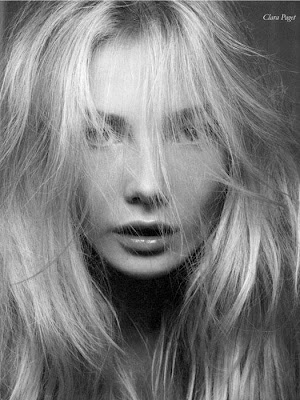 Clara was scouted at Daisy Lowe’s 18th party, dressed like Marlene Dietrich. She is at University in Manchesterbut models part-time and has shot for Dazed and Confused and UK Vogue. Clara is currently filming a lead role in a forthcoming British movie. 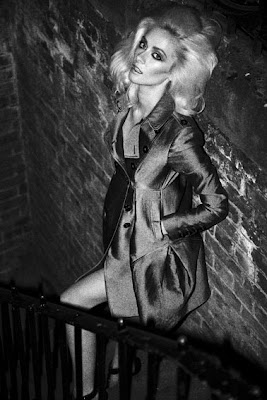 Portia Freeman, had been described as ‘the modern day Twiggy’ and is one of the most current and sought after models in Britain . The 20-year-old’s first job was for British Vogue with Mario Testino. She has modeled for Chanel and Dolce & Gabana and walked exclusively for Louis Vuitton. Portia has recently shot for W Magazine and Italian Vogue with world-renowned photographer Steven Meisel. She has appeared in the campaigns for Alexander McQueen, Alberta Ferretti. Portia lives in a warehouse apartment in East London with her boyfriend, Pete Denton from the highly successful band ‘The Kooks’. 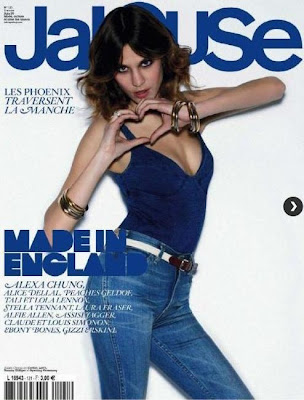 Alexa has just moved to New York to present a brand new show for MTV. ‘The Alexa Chung Show’ will be aired daily beginning on the 15thJune. Alexa lives with her long-term boyfriend, Alex Turner, lead singer/songwriter for the bands ‘The Arctic Monkeys’ and the Last Shadow Puppets.

Alexa has become what we Brits call a ‘national treasure’ and one of the most sought after presenters in the world. She fronted ‘Popworld’ for a year and a half, followed by ‘T4’, ‘Frock Me’, ‘The Wall’, and ‘Freshly Squeezed’. She specialises in music and fashion presenting, interviewing such legends as Karl Lagerfeld and

At a young age, the decision on whether to be a writer or an artist proved difficult for Alexa, but in the end being ‘scouted’ relegated both to hobbies, as Alexa embarked on a successful modeling career. She is on the currently on the cover of UK Harpers Bazaar, and has just shot for UK Vogue and American Vogue.

Alexa is also known for her style, but not in the usual ‘glamorous frock’ type way, often dressing down + wearing flats even to awards ceremonies. US Vogue have just named her one of their top 10 best dressed in the world for 2009, and her style is captured and copied throughout the world.