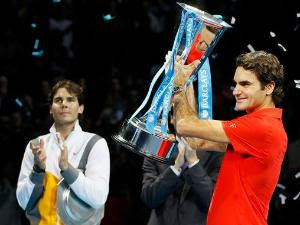 Federer appear extraordinary at the end of this year's tournament final. The second seeded Swiss won 92 percent of points on first serve and lost only 13 points from the serve he did throughout the match to win 6-3, 3-6 and 6-1.
Posted by ROHIB at 7:15 AM