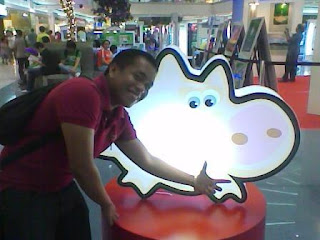 For a few days already, SM Mall of Asia has ushered in the coming of the Chinese New Year. 2011 is the Year of the Rabbit. And as part of welcoming the new Chinese year, MOA has placed 12 Chinese Zodiac Animal figures at the Main Atrium together with several forecasts for the year ahead. 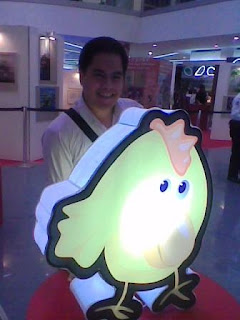 I did get a chance to post on my chinese zodiac animal which is the PIG (I'm born in 1983). My bestfriend did his share of posing as well. He's a ROOSTER (1981). The zodiac says it would be a better year for me and I really hope so! Keep fingers crossed.
Posted by ROHIB at 1:21 AM