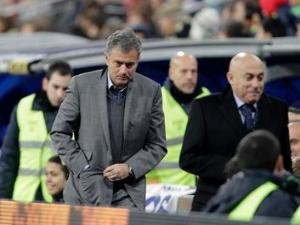 It struck down the stairs as well, a proper expression to be pinned to Spanish giants Real Madrid. The day after defeated Barcelona 0-5 Real Madrid receive payment of a fine and suspension from the European Football Federation (UEFA).
UEFA dropped the suspension of two games in coach Jose Mourinho for being told his foster son, Sergio Ramos and Xabi Alonso sent off to buy time when dealing with Ajax Amsterdam in Champions League continued.
Posted by ROHIB at 8:14 AM