After several successful seasons of participating in fashion weeks around the world, Toni Francesc will return to “Mercedes Benz New York Fashion Week” for a second time. He will present his Fall/Winter 2010-2011 collection on Tuesday, February 16 at 9:00pm in the Salon at Bryant Park. 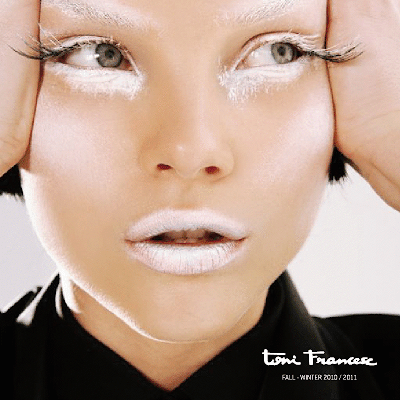 Toni Francesc collections appeal to the young and sophisticated woman. He is known for his innovative designs and experimentation of combining urban elements that coexist with the technical and useful. The upcoming collection, “Artificial Life” is based on an androgynous image, one in which man and technology combine. The collection is an in-depth interpretation of the future without overlooking the roots of the past and the world of hand crafted creation. 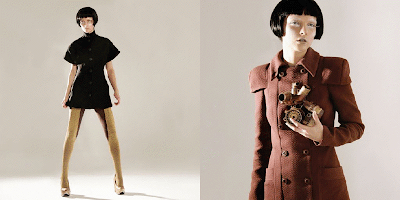 The inspiration of the season parallels the metaphor of humans connecting only through technology and feeling alienated without the face- to- face interaction on a daily basis with one another. The shapes and volumes of the upcoming collection are based on a mixture of pieces that protrude from the figure in parts of the body, such as the shoulders and the hips. Angular forms and projecting parts play a prominent role in the pieces. The fabrics consist of cotton, viscose and silk and the color palette is modified through fading processes to refer to rusted metals and industrial elements.

Francesc studied at the Instituto Catalan de la Moda from 1986- 1988 and shortly after created the Toni Francesc S.L. Company. Besides commercial success of his collections, Toni has also collaborated with several prestigious television, theater and Spanish productions serving as their wardrobe designer. He has garnered tremendous press and attention throughout the industry for his unique vision and abstract designs.

Francesc has participated in Fashion Week’s around the world such as, Hong Kong, Madrid, Mexico and Moscow. Francesc is at the forefront of breaking international markets for the world of Spanish designers and will promise to be as successful this upcoming season.