Welcome to the Big Top

Growing up, I can't say I ever had the urge to run away with the circus, although, in first grade, I did have the urge to just run away. I can only imagine what terrible incident drove me to such a decision (could it have been a "time-out" on the stairs?)

I only got as far as thinking about it, however... running away would have been quite the drastic measure for a girl who, at that same age, told her mom she never wanted to learn to drive- she would rather her mom drive her around always, if that were ok.

Had I gotten further than just the thinking phase, I am still not sure what I would have planned. Certainly, joining the circus would have been the furthest thing from my mind, but had it occurred to me, I would have had plenty a career from which to choose. 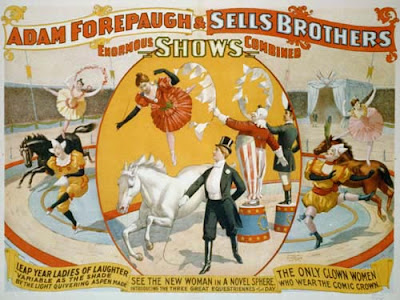 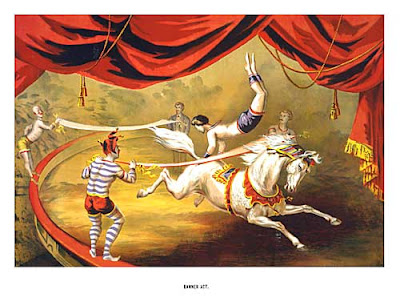 Or perhaps part of an acrobatic duo? 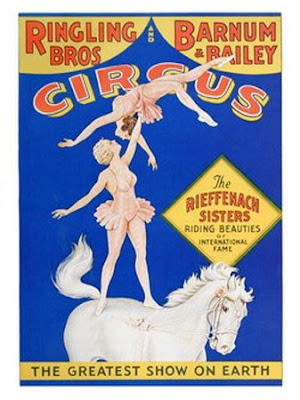 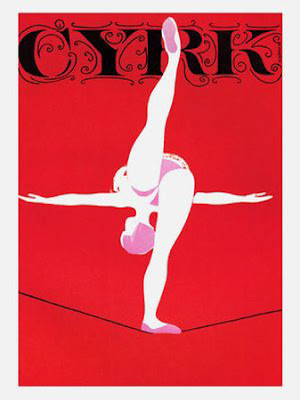 An artist on the flying trapeze? 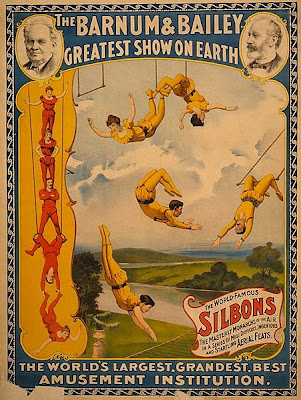 here
One of the clowns? 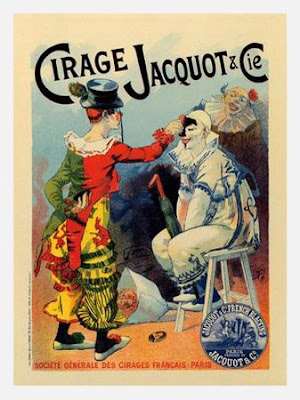 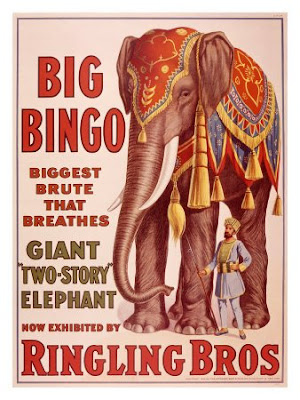 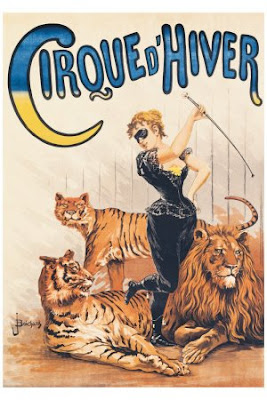 While I can't say for certain what job I would have wanted then, undoubtedly, I would have found all of them quite impressive. And, if I could chose any position now? I'd like to think I would muster up enough courage to glide through the air as part of a team on the flying trapeze!

Did you ever dream of joining the circus? If so, what did you want to be? What would you do now (fears and lack of talent aside!) if you could perform under the Big Top?
Posted by ROHIB at 5:49 AM