Veronica Popovici was crowned Miss Moldova 2011 during the national event held on May 26 at Leo Grand Hotel and Convention Centre in the capital city of Chisinau. Veronica is 21 year old and stands 1.75 m. She will represent Moldova in Miss World 2011 in London, on November 6. The 1st runner-up was Tatiana Vozniuc and the 2nd runner-up was Elvira Ghilas. 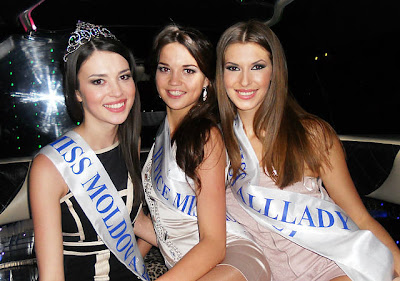 Special thanks and credits to beautypageantnews.com
Posted by ROHIB at 6:51 PM