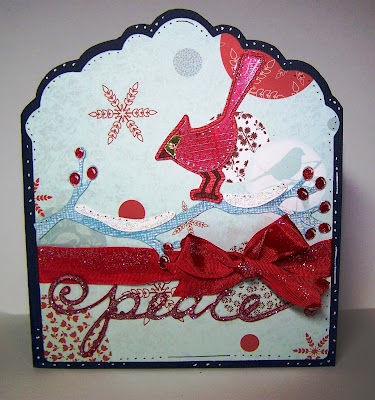 Happy Monday - It's a Bitten by the Bug challenge day.  This is the last BBTB challenge of the year as the team will take a holiday until Monday, January 4th.  The challenge cut was to use the branch cut on the Winter Woodlands cartridge. 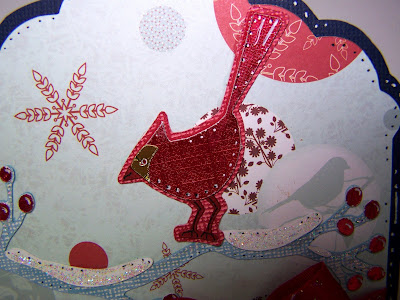 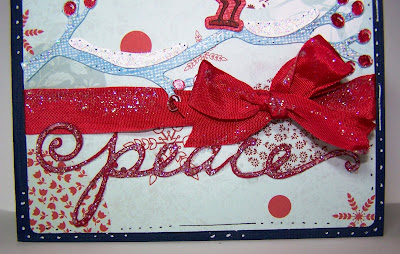 The tag on which the bird and branch are mounted was cut in SEI Winter Song paper (I love this line of paper).  Under the SEI tag is a tag shaped card cut in navy Bazzill cardstock.  Inside is a smaller white cardstock tag on which a greeting has been stamped.
Below the tag is a red silk ribbon and bow, accented with a smear of icicle Stickles.  The word Peace was from the Joys of the Season cartridge.  I used the red White Washed Core'dination cardstock to cut the word. 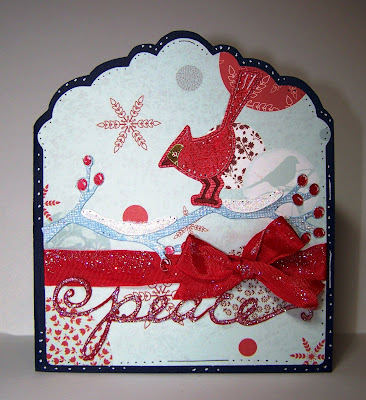