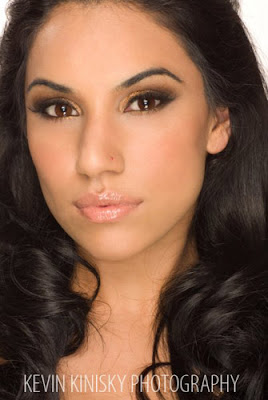 Mannu Sandhu, professional actress, model, dancer, event organizer and community activist born in India and raised in Vancouver, B.C. After highschool, Mannu, worked as an executive assistant for MP–Nina Grewal. Mannu then pursued a career as a correctional officer. At her current job she is exposed to young men and women who were brought into the facility for drug and alcohol abuse, gang affiliation and assault.

Feeling disappointed as to where the youth was heading, she often felt like there was something missing. She believed her life had a stronger purpose—and motivate the lives of those around her and the community.

Mannu devotes her time to various charities and non-profit organizations as: BC Children’s Hospital, Sikh Blood Donation and Pakistan Flood Relief. She also joined Operation Rainbow Canada and MannKind Charitable Society where she travelled to Baru Sahib, India in March 2011, to help children with cleft palates and burn injuries. She wants to change the way women in her community and around the world are mistreated.

Sponsored by: Family and Friends


Special thanks and credits to www.beautiesofcanada.com
Posted by ROHIB at 8:04 AM