Tribal Tattoos - The Blending Of Cultures

A look that seems so simple at times, tribal tattoos have become very fashionable and the trend for getting tribal tattoo designs are more popular then ever. They have edge their way to the top of the body-art world with it's striking bold designs and looks that many find appealing.

Some of the first modernized tribal tattoos designs.

The first recognized tribal tattoos were those of the south pacific. Polynesian islands such as Samoa, Fiji, Tahiti and others, all had their own culture influence designs. These tattoos had sacred meanings that ran deep in their heritage compared to those you see today. The tribal style seen today was innovated by pacific islander Leo Zulueta who was training under Ed Hardy at the time. He searched and studied the designs of "traditional culture tattoos" and soon came up with his own artwork and bought forth ideas that everyone could use. Since then it has grown into new levels of artistry, that has been taking the tattoo community by storm.

Tribal Tattoos, although they may appear to be plain at times, they are without a doubt still one of the most popular designs today. In this article you will find helpful ideas, especially for those of you who are new to this tattoo style. Explore the history of this beautiful art form that has been around for just a couple of decades. Find many helpful ideas to inspire a cool custom design of your own. 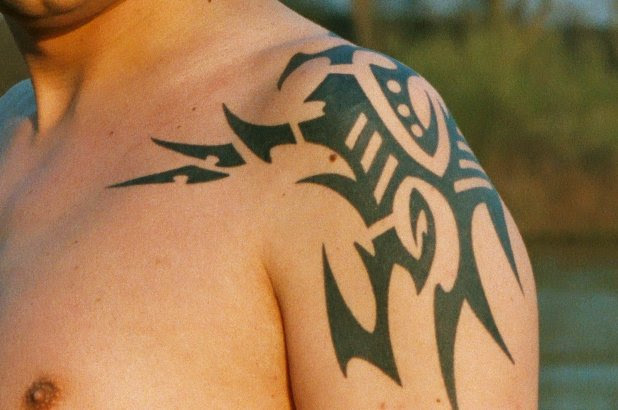 In 1982, Leo Zulueta under the direction and encouragement of Ed Hardy, they were both responsible for an increasing demand of Tribal Tats in America when they started a tattoo magazine called "Tattoo Time". Featuring native Samoan and Borneo tattoos, from then on this style grew to become one of the most popular tattoos today. Most tattoo enthusiasts have gotten marked with this style of tribal tattoo design, making it one of the top designs at this moment.

As pointed out above, these modern day tattoos has a connection with natives and tribes from many different parts of the world. It was from them that this style of tattooing has evolved into the modern tribal tattoo designs we see today. Early on there were some tattoo parlors and tattoo artists that would not even touch a tribal design, feeling that they were too simple of a design. But it wouldn't take them much longer to realize that the tribal design required a lot of skills as well as patience to tattoo the intricate designs.

When you decide on getting a tribal tat, you'll discover that there is a huge collection of tribal designs ranging from small and simple to much larger extravagant ones. There's a vast selection of ideas that can be combined with these tattoos. When creating your own, give it a personal touch that you can relate and connect to. Express your individuality and personality. Be daring and get creative as tribal tattoos always portray a side of beauty and are magnificent works of art.
Posted by ROHIB at 5:45 PM