While my family never had one regular vacation spot where would we trek every year, some of my fondest memories of summer revolve around time spent at various lakes. 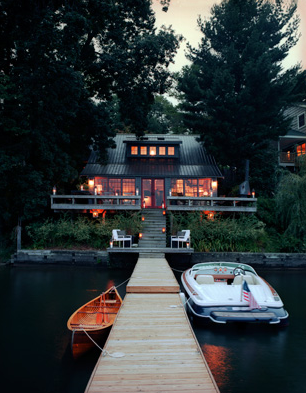 Jonny Valiant
When I was growing up, not only were my best friend, Jenni, and I close, but so were our parents, and thus my family was welcomed at their weekend getaway. Summer memories from my elementary school years are peppered with days spent at their lake house. 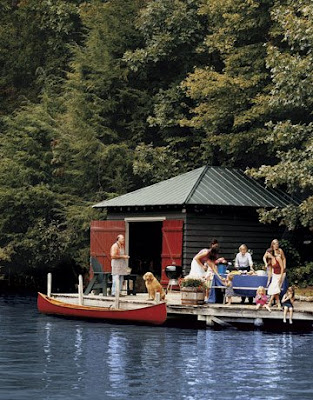 The lake was only an hour's drive from our homes, but, at that age, felt much further. I was always anxious to arrive, and the car ride seemed to last an eternity. 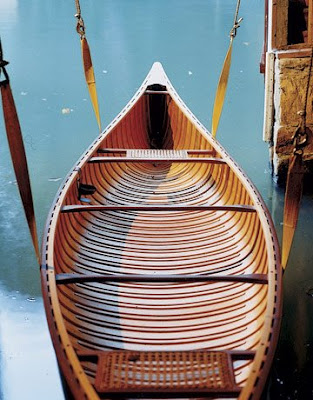 The house was on a small, private island, and, although it was truly only a short distance from the mainland, it always seemed an adventure to reach. We would load people and belongings into a rowboat and traverse the distance between the shores; each trip, I prayed for the boat to not tip in transit. 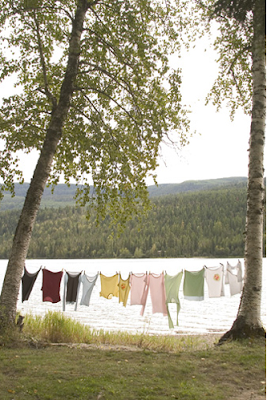 This is not a tale of the exclusive and wealthy, however, but rather of a simple family cottage that welcomed many; the home was shared by their extended family, and I fondly remember afternoons spent playing on the banks of the lake alongside my brother, Jenni, her sister, and their cousins. 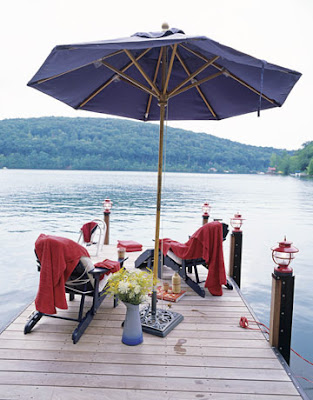 House Beautiful
The island seemed enormous from a child's perspective, although, surely, like many things remembered from childhood, I imagine I'd be surprised to see it again through an adult's eyes. 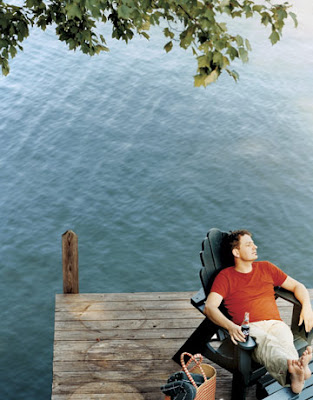 Whatever the true breadth of the land, it was large enough to encompass more than it's fair share of memories including one of the day Jenni and I were given the very grown-up privilege of taking the row boat out to circle the island alone; sadly, our experience came to a crashing halt when, not yet a quarter of the way into our trip, we lost an oar in the water and had to be rescued by our dads. 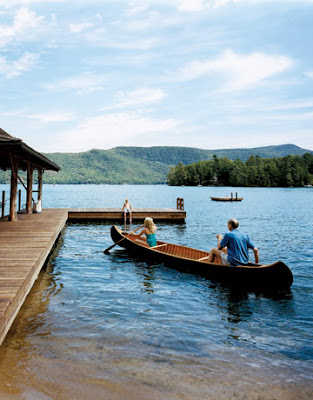 Summers during my middle school and high school years included time spent with our extended family on lakes in Michigan and Wisconsin. The lasting images from those trips are of riding over waves, first on an inflatable tube, then later, water skis, and feeling the wind whip across my face as I was pulled behind a boat flying furiously across the water's surface. 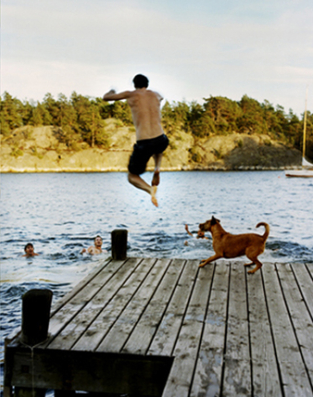 I traded the lakes of the Midwest for those of the South when I was in college. There was a lake 15 minutes from campus, and although it was far from a glamorous retreat, my friends and I loved heading off to its murky waters. The best spots were reached via dirt roads, and it felt like we were world's away as we lay sunning ourselves on the lake's dark sandy shores. 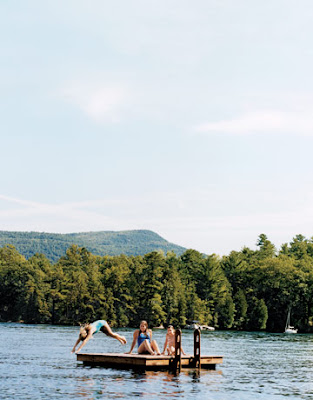 I moved one state over to attend graduate school, and during that following summer, there were two holiday weekends spent lakeside with my friends from school. An unseasonably chilling drizzle didn't dampen our spirits as we celebrated our friends' engagement over Memorial Day, but it did cut short our time on the water; cruising around the lake in our rented pontoon boat, while lacking the adequate gear to combat the cold rain, wasn't quite as much fun as had planned. 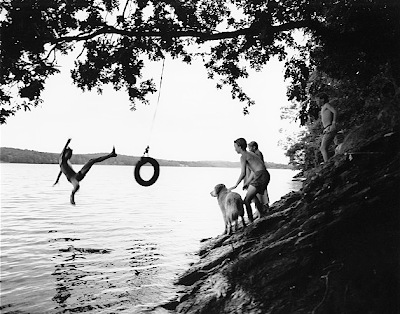 Hakan Ludwigson
Our lake trip later that summer, over the 4th of July, proved much kinder, as we were greeted by beautiful, sunny skies and scorching temperatures, perfect for cooling off in the water. 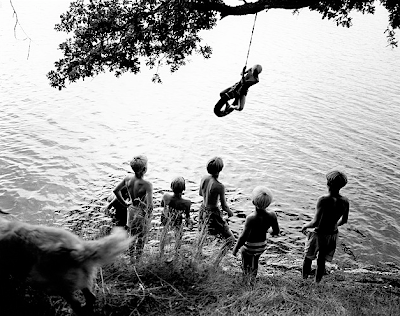 My memories of time spent on lakes has continued into my adult life too; E's and my house in central Texas is only a 10-minute drive from a lake where we watched a sunrise in the early days of our relationship, and since then, more frequently have viewed sunsets... have I ever mentioned I am a bit of a night owl? The lake also provided a perfect place for walks with our dogs and for an afternoon spent swimming the comfortably warm waters when my youngest brother visited us last summer. 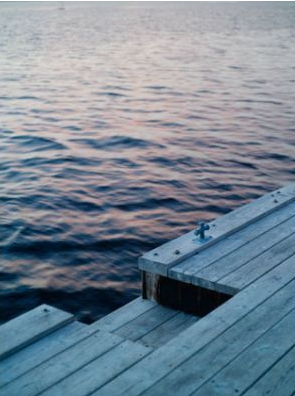 Krakvik and D'Orazio
I know we aren't too far from a number lakes here in Houston, and I imagine it will only be a matter of time before we find ourselves making new memories in their now unfamiliar waters. Until then, I will dream of once again jumping into the refreshing water of a lake on a hot and sticky day, something that makes my list of things to love about summer.
Posted by ROHIB at 9:32 PM