Lets have a look at the tattoos of gangster rap artist and founder of G Unit, 50 Cent.

50 has “Love & Hate" tattooid="IL_AD3">belly button, to go along with Jesus and the devil on opposite sides.

He has an Angel on his left shoulder and just below that is a drawing, which includes a crown and "50" in the center. Plus on the lower portion of his left arm is a cross and the phrase "God Understands Me".

50 has a huge collage of tattoos on his back, including a giant number "50" in the middle, along with "South Side" on the upper portion, plus the words "Gangsta" and “Cold World” and “G-unit” included within. 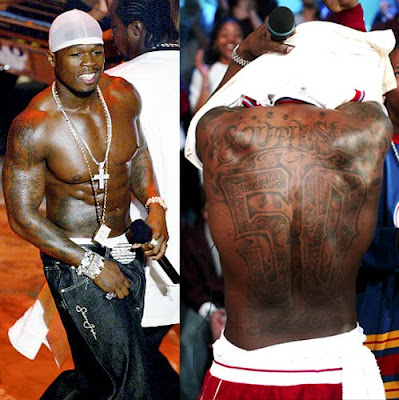 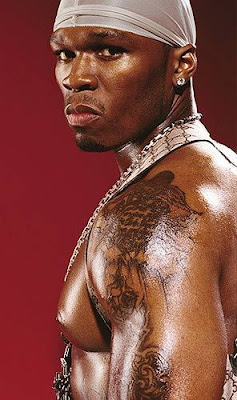 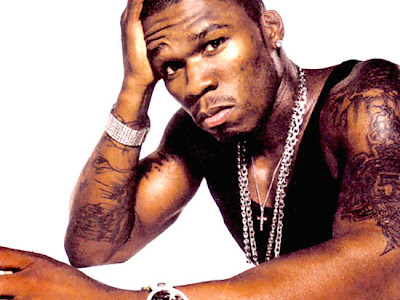 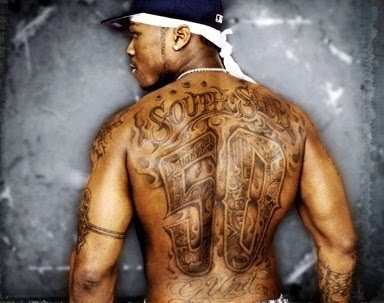 50 Cent has had several tattoos removed, and has been quoted as saying "When I first got a tattoo, I was like 19 years old. Now I regret getting it every time I look at it. It is a constant reminder of the mind frame I had at that age and I definitely had no class.
Posted by ROHIB at 5:02 AM